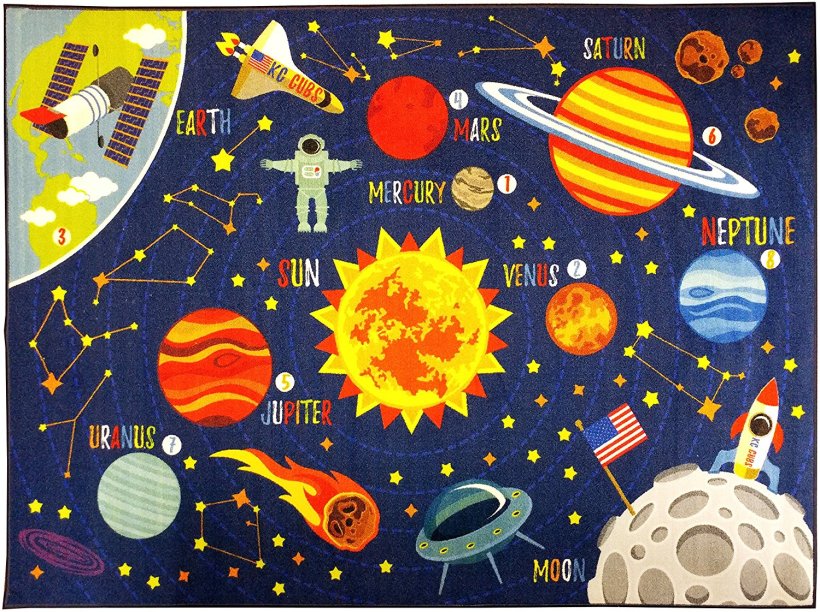 To have my name on a book, even if is 3 pages long, in a bookstore, even if it is India, is my first dream. I finished this children’s book Friday to only find out the second before submission the manager wanted to remove my name from the book and use it as her own work. That is why she was paying me….a great writer with a Bachelors Degree. So, as any writer would do, I got overly offended, and shouted into the sky, “why do I love to write!” When will this plague of the writing bug pan out into a career…that will fuel an income? How is that even possible? Well, for now I will continue with my “day job” so that I have the means to continue writing. Writing started out as a hobby like many of us do. Then, once my ego kicked in and I realized people enjoy my work, it fueled me to continue writing. What should I do next, my own poetry book? How do I go about publishing that? For now, here is my book titled, “Where is Pluto?”. And yes, it is my own work. Also, if you continue reading until the end, or simply would like to see pictures of my cats…scroll to the bottom.

Ms.Franklin, the 1st Grade Teacher of Kuiper Elementary, ends the space unit with a surprise. “I brought a guest”, she says.

A woman enters. “Hi. My name is Dr.Sally Ride”. “She was one of the first woman Astronauts to go into space”, Says Ms.Franklin.

Loriah raises her hand. “So, that means that I could be an astronaut?”

Ms.Franklin responds, “Any of you could be”.

Dr. Sally continues, “We’re going on a field trip to space. NASA assigned me Pluto to take care of, but I can’t find it. With your help we can make NASA proud. Who’s ready?!”

The whole class jumped out of their seats,  “Me, pick me, no pick me!”, they shouted.

“Space suit for everyone.” Dr.Sally hands out space suits. “ Today, you become astronauts”.

“An astronaut suit protects you from the sky. It gives you water, helps you breathe, keeps you warm, and a toilet in the suit! Can you believe that?!

NASA needs our help right away. My rocket is parked in the quartyard”. Everyone runs to the window. “Let’s go!”.

“This is called The Dwarf. Be careful, the flames at the base of the ship are dangerous. They could burn you”.

Most of the class walks onto the ship excited. Edwin walks lazily, last in line, as always. He turns around and stops.

“Wait! Everyone stop!” He grabs his spiky blue hair.

“What about Ms.Franklin? Can she come too?”.

“I don’t know about that”, says Ms.Franklin. “I’m afraid of heights”.

Edwin responds, “You can do it! I believe in you! Sit by me, I’ll protect you”.

“I suppose so”. She says, wobbling with fear into the rocket”. Dr.Sally hands her a suit. “Thank you Dr., I hope I make it”.

“I believe in you!” Edwin shouts as the ship’s door closes.

Dr.Sally announces, “A rocket ship is a type of transportation. When you go into any vehicle, you must buckle up. That’s just safety”.

The ship rumbles. The speakers click on, “Attention everyone, this is your captain, Edwin.” It turns off and on again. Dr. Sally speaks, “Edwin!…Attention everyone, this is your captain, Dr.Sally. When we’re buckled in our seats, Edwin…, I will take us into the sky. Hold onto your seats, astronauts. We’re about to go 5 miles every second. Countdown with me”.

The rocket launches hard, pushing them back in their seats.

Edwin shouts,, “Ms.Franklin, save me!”. Ms.Franklin lips bounce as she closes her eyes. Edwin keeps screaming. “Is it over yet?!”. “Edwin, open your eyes”, says Ms.Franklin. “Look, we’re in space. You can unbuckle now.” They get up but their feet raise off the ground.

Dr.Sally tells the class, “Gravity keeps us down. When it’s gone in space, we float like bubbles”.

They rush to the windows and watch a black sky with stars. Dr.Sally points out the window, “This is what space looks like”. A walky-talky clicks in her pocket. A man speaks, “Dr.Sally, this is Mr. NASA. Your first clue is the sun. Find that and you’re on your way”.

She presses the yellow button that says “Sun, this way”. The rocket zooms to a giant, fiery circle in the sky and screeches to a stop.

Ms.Franklin says, “The sun is a star. The sun and planets are our solar system”. She looks out the window. “Oh boy, we sure are high up”.

Dr. Sally says, “Actually, we are. We’re 93 billion miles away from our home, Earth”.

“Oh really?”, says Ms.Franklin. She passes out on the floor. Dr.Sally drags her into bed.

“Actually, Armstrong, the heat is off. That is the sun. It’s 27 million degrees, so we can’t go close to it, or we could burn”.

Loriah floats to the window. “Look, Dr.Sally! A clue!”. Her blond pigtail braids float above her head.

Dr.Sally reads aloud, “Find the smallest planet and you will be closer to Pluto”. She gives the class a map called The Solar System and they make plans.

A girl reads criss cross on the ceiling. “Eureka! It’s the one closest to the sun. I’ll take us there”, says Annie.

She floats to the control system and pushes the button that says, “Mercury”.

“We’ve only got 39 million miles to go!”. They zoom through the dark sky.

“Here we are, “ Her hair floats like in water, “This is mercury. It’s grey and closest to the sun. I learned that from the map.

She swims in the air. Another clue sticks to the window. “Find the planet that is closest to the sun”. “Wait, we were just at the sun…does that mean we’re going back? “Hmm…She says”. “I’m not sure. Let’s open astronaut food. The packages crinkle. Ms.Franklin jumps up. “I know! We go to Venus!”. She takes the wheel, “Is that a snack?” She munches a bite and spits it out. “Astronaut food is not very good”. She zooms them to venus.

Loriah asks, “Are you sure we’re at Venus? This looks just like Earth. I think you hit your head, Ms.Franklin”. “Venus is the sister to Earth and I think I did hit my head”.

“Next, Earth. That’s the planet with us”. Edwin proudly points to himself, “And me”.

“The note says, find the Red Planet”. Loriah races the ship through the atmosphere. Screech. “This is Mars”.

Dr.Sally speaks, “Quick! Buckle up. The storm is here”.

“Yes”, says Dr.Sally, “Mars has giant dust storms”. The class pushes hard on the Mars lever skyrocketing them through rocks.

“Next is Jupiter”, Dr.Sally says. A grey and brown planet appears. “This is Jupiter, one of the brightest, with lots of clouds. Hurry, Ms.Franklin, grab the other note”,

Dr.Sally pulls a note from the window, “Find The Ringed Planet”, She says.

“This says Saturn has rings”, Says Allie. “So, Saturn. And Warning: High Winds”.

“I think I’ll sit this one out”, Ms. Franklin says, laying on the couch.

Edwin shouts, “Keep going! The map says next is Uranus”. Dr.Sally fuels the engine, stopping at the planet.

Dr.Sally continues, “Uranus reaches winds up to 900 miles every hour”. Edwin hides in his seat.

“We’re going to race past Uranus.” Dr. Sally continues. The ship flips up and down in the wind. “Where to next?”

The class shouts, “Neptune!”. The ship hovers over a blue planet.

“Wait, Pluto’s not on this map”, Edwin says.

“Scientists decided it was too small to be on the list”, Says Ms.Franklin. “So we have to find it ourselves”.

Loriah says, “Dr.Sally! Look! I found a book with the last Astronauts on this ship. It says that Clyde Tombaugh is the astronomer who found Pluto. Let’s call him and ask”.

“What a marvelous idea Loriah. You are a future Astronaut”.

The phone rings. “Hello, this is Clyde. Hmm…I see. If you want to land on Pluto, be prepared. Find the planet 5 mooned planets. It will take 246 Earth years for Pluto to go around the sun. If you’d like to stop by for some tea, I’ll be here”. The ship goes to Pluto.

Dr.Sally responds, “Let’s walk on Pluto. These weights will keep us on the ground”.

They walk with blocks on their feet and wave to Clyde.

“Nice to meet everyone and welcome to Pluto. What did you learn along the way?”

“The Sun and Venus make you sweat!” Says Armstrong.

“There are a lot of storms in space”, Says Ms.Franklin.

“You can do handstands on the ceiling!”, Says Allie.

“I want to be an Astronaut”, says Loriah.

The tea water floats into the air.

They watch the stars from Pluto.

“That’s Pluto for you. We found it”, Says Dr.Sally.

Edwin places an American flag in the middle of the planet.

About the Writer: Keep reading for cats!

A young published writer with a lot to say about real life. I’m quite interesting once you start listening (reading). Writing experience-8 years and counting. Graduated from The Evergreen State College with a Bachelors of Liberal Arts. She also has 4 adorable cats.

Scroll down for cute cat pictures… 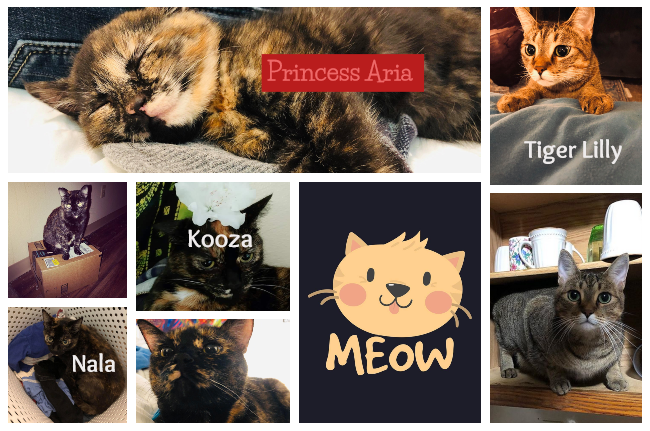 Me Too…Go to Buy Art Page to have THIS in YOUR home TODAY!

For even more ART add me on Facebook, Camile McGregor.